Looks have also changed since our last encounter with the bundle, and now the options and features can be handled easier. Modules have been docked in the upper part and are fewer in number. Even compared to version 2011, there are plenty of aesthetic changes, and for the better.

Users unfamiliar with this product have a chance to learn the ropes in a very entertaining and easy to understand manner. The three topics covered are backing up data, recovering it and some slides on synchronization of files between two computers.

Backup and restore capabilities of the suite are well-known and have developed into flawless processes that require little effort from the user. You can back up your data locally or on a removable drive, or in a network, FTP location or to NAS (network access storage) device (fresh support introduced in this release).

Additionally, besides the regular backup types available in all respectable backup and restore software - full, differential and incremental - Acronis makes available multiple choices that ensure the safety not only of files and folders, but of entire drives and even disks.

It can create an image of a partition or of an entire hard disk, and restore it seamlessly wherever you want, automatically recreating the original conditions. This means that it can create partitions from the unallocated space of the disk you’re restoring to. Alternatively, you can restore the image to any location that fits it.

You may encounter some trouble capturing an entire hard disk at the beginning as you have to switch from single to multiple partition selection in order to have the option available.

NonStop Backup feature is another way to protect your data. As the name suggests, it is designed to run at all times; thus, it is able to capture multiple versions of a file. This is a great way to ensure continuous protection for data that keeps changing on a regular basis.

The feature runs in the background and does not require any configuration, as it works on its own, backing up the data every five minutes, but only if changes have been recorded. This means that the file on the disk has to undergo a change.

Also, Acronis automatically consolidates incremental pieces every 24 hours and daily backups are available for as long as 30 days. In the case of weekly pieces, the limit is only the amount of storage space available.

The flexibility of the suite permits you to include in NonStop Backup any file you want straight from its context menu. And removing a file from this backup plan is done just as easily.

However, despite all the benefits of the feature, mainly automatic operation, we had our share of trouble with it. Problems occurred whenever we’d include additional items to be backed up and would manifest by crashing TrueImage.exe. Moreover, whatever we added to the initial backup would not be processed every five minutes, as the specs say.

Having the process monitor a single location or a single item would lead to normal behavior, though.

Regular backup procedure for files and folders and even drives and disks is no different from what we’ve experienced in other editions of the suite and everything should run smoothly.

Another snag we ran into on one of the test systems prevented the application would not open make available the list of network locations. Our workaround was to map the network location and then Acronis had no problem letting us choose the desired folder.

As mentioned before, the incident was isolated and it occurred on a single test system; furthermore, after shooting the problem to Acronis support, they came up with the solution and everything worked fine. Also, attempting the operation offline, by booting Acronis True Image Home 2012 from a USB device, everything was carried out with no glitch.

As far as backup options are concerned, the application makes them available the moment you initiate the procedure, regardless of its type, except for NonStop backup, which runs automatically.

The options at hand allow you to go with sector-by-sector image creation mode, define commands to be executed before and after the operation, enable file splitting or create comments for better identification of the copy.

Moreover, the suite can take a screenshot of the screen when the backup starts. The purpose is the same as in the case of the comments: identification of the backup. 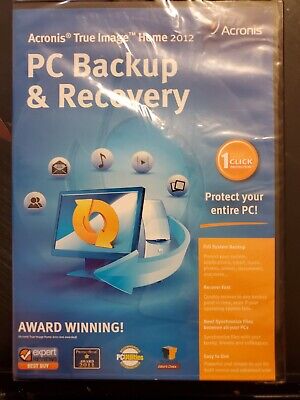 The entire backup procedure can be carried out automatically, even if errors occur on the way. True Image offers the possibility to set up actions in case of failures, such as ignoring bad sectors or set the number of times the process should be repeated. Priority as well as compression level of the resulting file are also customizable.

Among the new features of the latest versions there is the possibility to postpone the start of the backup procedure. Thus, through the delay of the presets you can delay the activity by one, two, four or six hours. There is also the possibility to just add the task to the list and start it at your convenience.

Another new entry on the list of features is synchronization. The suite expands its functionality by making possible file synchronization between two computers. You need Acronis on both of them for this to work. 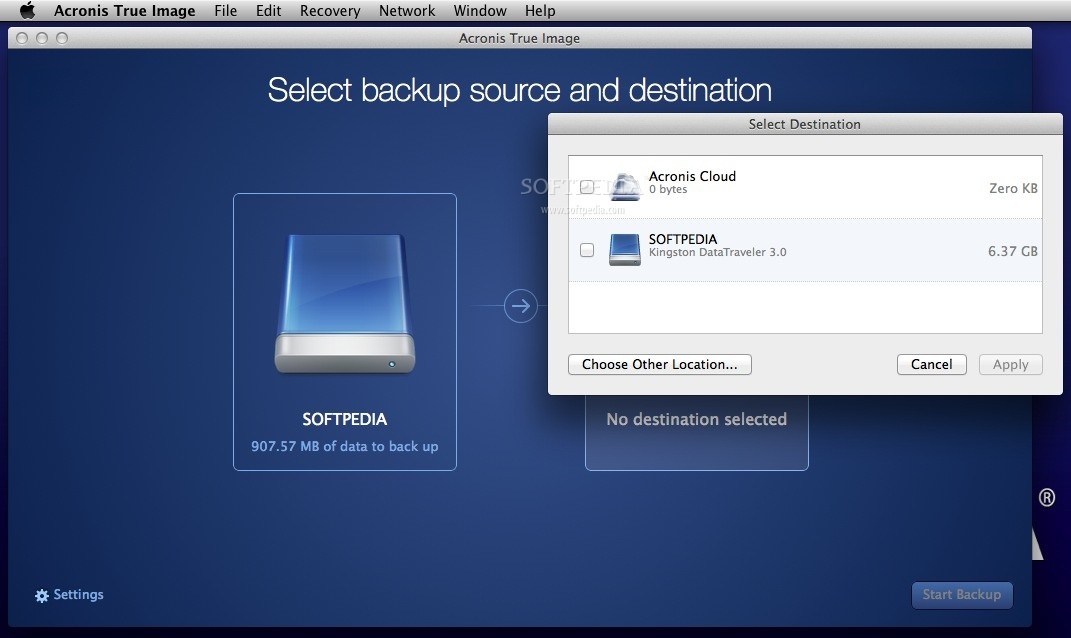 Getting ready to use the feature is not a tough job, but requires you to log in with your Acronis account on both machines for the synchronization to be carried out. However, if you’re looking for fast, on-the-fly transfer, this is not a practical way to achieve it.

During our tests we noticed that there is a certain delay from the time you join a sync job from the remote computer until the bits actually begin to transfer; also, the task takes a while to complete, even if there isn’t much to process.

This is normal behavior if the feature relies on Acronis Online Storage service, and there is no indication that it happens otherwise. However, the data is not stored on Acronis' servers, but simply uses them to reach the destination.

As such, synchronization service in Acronis True Image Home 2012 does not function in the same way as online storage services with sync capabilities. Both computers have to be online for the synchronization to be carried out.

“Tools and utilities” module has not changed much in terms of entries compared to the previous edition. Incredible tools await, such as Try&Decide, which allows you to make changes to your system and revert to the initial state when you’re done.

There is the Startup Recovery manager that lets you recover your computer at boot time. The same can be done with the help of rescue media (USB, CD or ISO).

True Image offers options for storing backup files securely, by means of creating a partition on the disk. You manage its size and it’ll be visible under “My Computer.” Just like in the previous edition, you can explore backup files and copy data from them just as in the case of ZIP archives.

Another way to access data encased in Acronis backups is to mount them as virtual drives. The resulting partition is read-only, but you are able to copy files from it.

The suite preserves its conversion abilities from its proprietary backup format to VHD images. Combined with the built-in Boot Sequence Manger you are able to add VHD images to the boot menu. The feature is useful especially if you want to try out software in a clean environment without affecting the real operating system. But mind that there are only two editions of Windows 7 that can boot from VHD: Ultimate and Enterprise.

One option new in this edition of the bundle is Acronis Extended Capacity Manager. It is designed to allow you to use hard drives larger than 2TB which are not supported by the operating system.

The suite brings to the table everything a regular user requires to keep their system safe. Besides the regular backup options it also makes available continuous backup option that come with file versioning possibilities. Flexibility is visible when it comes to scheduling choices, as well.

Backups are automatically detected on the disk and you can view the comments for each one, for better identification.

True Image is still strong when it comes to methods to preserving the system in a certain state at the same time allowing its alteration. Try&Decide, Secure Zone, backup conversion to VHD and Boot Sequence Manager may not be tools for the average user, but using them is definitely a breeze.

Synchronization is not among the best features in the package. There are better solutions on the market that work much better, and many of them are free of charge.

NonStop Backup gave us trouble on two of our test systems and did not work correctly during our tests, causing crashes and sometimes skipping backup jobs.

Acronis True Image Home 2012 is a reliable backup solution that keeps extending its functionality by adding new features. The new options have not matured just yet and need further polishing.

But overall, the package consolidates its position as one of the best and most complex, in terms of features, backup solution on the market.