In November 2020, Google killed off its long-standing offer of free, unlimited high-resolution photo storage to anyone with a Gmail account. The new restrictions on Google Photos make a lesser-known competitor, Amazon Photos, suddenly of greater interest.

Amazon Photos is free for anyone with an Amazon account, but without Amazon Prime membership, you're limited to 5GiB. But if you are a Prime member, you get unlimited, original-resolution photo storage at no additional cost. (Videos still have a 5GiB cap.)

There's also one gotcha on how the service can be used—according to the TOS, Amazon Photos is for non-commercial, personal use only. You can take photos, you can share them with your friends and family, and so forth—but you can't run a photography business on the service without violating its terms.

Amazon Photos isn't new—in fact, it launched six years ago, in November 2014. But with both iOS and Android offering cloud photo storage built into the operating system itself, Amazon Photos hasn't been as high-profile. Google's free, unlimited storage particularly made a third competitor seem like a non starter. 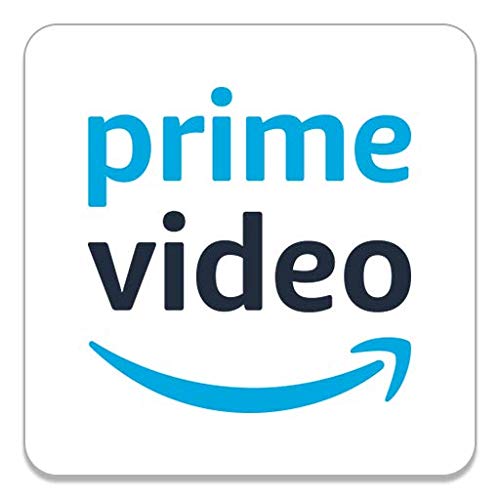 However, iCloud and Google both demand subscription fees now for more than a few GiB of storage. In Apple's case, you get 5GiB free; in Google's, 15GiB (including Gmail and Gdrive). While this may be enough for some people, it gives rival Amazon a fresh chance to shine.

I installed Amazon Photos today and took it for a spin. It automatically backed up all 2,000 or so photos (and 4GiB of video) from my Pixel 2XL over the course of the day without any problem. It did not, however, do anything with photos that had been deleted from the phone's local storage but were present on the linked Google Photos account. (If you need to migrate photos directly from Google's cloud to Amazon's, you'll need to do so manually.)

Amazon Photos is available for use immediately, even while it's backing up your device photos in the background. It was quite responsive and functional during the backup and seemed to be indexing photos by image recognition nearly as quickly as they were uploaded.

There's also an Amazon Photos desktop app for Windows and macOS. For the most part, the desktop app is just a way to automatically sync photos from your PC just as you would from your phone. While you can use it to browse your photos, almost all actual work you'd do with them—including but not limited to editing—is done in a Web browser window the Photos app launches automatically as and when you need it.

If you don't want to automatically back up photos and videos from your PC, you don't need the desktop app at all—you can just visit Amazon Photos directly from your Web browser itself.

You can edit photos online, or within the Amazon Photos mobile app. (Selecting a photo to edit from the desktop app just launches a browser window.) I found the editor serviceable—it offers most of the same features Google Photos does, and they operate smoothly and quickly.

There are pros and cons to both Google's and Amazon's online editors, both of which err on the side of simplicity rather than feature-completeness. Amazon Photos, unlike Google, offers automatic cropping to common aspect ratios including square, 4:3, and 16:9. But Amazon's selection of filters seems loaded with not-very-useful crapola, with a significantly clunkier interface than Google's.

Google also gets the win in general image adjustments. Amazon offers adjustments to brightness, saturation, contrast, gamma, clarity, exposure, shadows, and highlights—but they're all manual. There is no counterpart to Google's generally excellent, one-size-fits-all 'auto adjust.'

Amazon offers text captioning in its browser-based editor, which Google does not—but the typeface selection is limited and pretty crappy. The default 'Open Sans' is fine, and Oswald is a perfectly serviceable option if you prefer sarifs—but most of the rest seem like the kind of weird crap you'd find in a 1990s desktop publishing program.

The mobile editor on Android is largely similar to the online version pictured above but with a few more options and a slightly more polished interface. In particular, it offers stickers, overlays, and free-form doodling, none of which are present in the browser version.

Both Amazon and Google offer prints, books, and hangings based on your photos and albums—but I have to hand the decisive win to Amazon in this category on sizes, styles, options—and for the most part, price as well.

When buying photo prints, Google only gives you one choice—the size of the print, which can be 4×6, 5×7, or 8×10 inches. After choosing a size, Google offers you a selection of local photo printing services—all drugstores, in my area—and sends your photo off to the drugstore for you to pick up later.

Amazon offers photo prints in Glossy, Matte, Lustre, or Pearl finishes in sizes ranging from 4×5.3 inches through a whopping 20×30 inches and ships them to you directly—and the prices are better, too. Google charges $2.84, $2.99, or $3.99 for an 8×10 print in my area, depending on which service I choose—Amazon only wants $1.79 for the same print in either matte or glossy finish.

Of course, you can use independent print-on-demand services no matter who houses your photos... but if you just want to click in your album and make it happen, Google doesn't even seem to be playing in the same league as Amazon when it comes to physical merch.

Amazon's image recognition assisted search works quite well—easily on par with Google's and possibly better, for many categories of object. When searching my photos for 'cat,' each service got some that the other missed—but Amazon detected more of them by far. (Both services also had trouble figuring out the difference between my cats and my dog—but to be fair, the dog herself has the same problem.)

In particular, Amazon's image recognition is almost uncannily good at picking out cats in the background—even when they're very small parts of the image. In the first picture in the gallery above, it found my gray tabby Mouser in the shadows, nested into my clean laundry, much of which is the same color as he is. In the second, it found the creepy, Siamese-cat-shaped 1950s TV lamp on a knick-knack shelf in my office. Google didn't win at 'find the cat' in either case, or in many others.

When it comes to detecting humans and putting names to them, Google comes in at a huge and unsurprising advantage—it knows who I am, who my wife is, and who my kids are... all by name. It even knows one of my cats by name, although it doesn't seem to have learned who the other cat or the dog are yet. Amazon doesn't know any of this... which may be either feature or bug, depending on where your personal privacy<-->convenience slider is set.

Should you want Amazon to have a better handle on who your family and friends are, you have the option of applying names to faces in its People dialog, where it will show you a selection of faces it has discovered in your photos. It's still not as good at facial recognition as Google is, though—it only found me in 37 photos and my daughter in seven, while Google found pages upon pages of both of us.

Amazon Photos allows you to organize your photos into albums and to share those albums selectively with friends, family, and/or the entire Internet. Contacts can be organized into Groups, so you don't need to share albums to twenty different people in your family every time—you can make one 'family' group and just give that group access to the albums they should be able to see.

You can also offer group membership by way of a special link, rather than directly by contacts—send somebody the link to join an Amazon Photos group (or publish that link in a blog post) and, presto, they click the link and get immediate access.

There's also a 'Family Vault' whose purpose wasn't spelled out very clearly within the app itself. Basically, the Family Vault is another way to share photos with five of your closest friends and/or family members—you can add any or all photos or albums to the Family Vault, and once added, all up-to-six of you can see them. More importantly, your five friends and family get unlimited Amazon Photos storage of their own by way of your Prime account.

As long as any one of the members of a Family Vault has a Prime account in good standing, all six share unlimited storage for their own photos. All Family Vault members are able to add—or, crucially, not add—their photos to the Family Vault, just like the original member does.

As a Prime member—and owner of an aging Pixel 2XL that is starting to have its own cloud storage limits imposed—Amazon's offer of free and unlimited photo storage to Prime members caught my eye. I've been using Google Photos as an automatic backup service for the photos I take with my Pixel for a while now, and it performs admirably... but the new limits make me nervous.

How Much Is Amazon Photos With Prime

After spending a day playing with it, I can tell you that Amazon Photos works perfectly well for my needs, and I suspect it will work for most Google Photos users' needs as well. It offers simple editing, including cropping, filters, level adjustment, and fairly flexible text captioning. You can organize photos into albums. Image recognition on par with Google's offers photo search capabilities if, for example, you want to find pictures with cats in them. And your mobile browser and social media apps will automatically 'see' your Amazon Photos account as a place to look when uploading photos, just as they do with Google Photos.

If you're a Prime member, you might want to consider Amazon Photos as an additional service, even if you don't plan to replace Google or Apple outright—it gets you a free, easy backup if nothing else. Accidentally deleted files from Google Photos will still be present on Amazon Photos... and a catastrophic screwup made by the cloud provider itself won't reach across the aisle, either.