EVE: Aether Wars was created to showcase the power of Hadean’s Aether Engine, the world’s first distributed simulation engine. Powered by Microsoft Azure, the Aether Engine allows developers. This is an absolutely huge milestone for the Aether Engine, and for the EVE: Aether wars project between CCP and Hadean. Of course, this wouldn’t be an EVE after action report without a few statistics, would it? Let’s take a look at a few! Over an hour-long playtest, we saw: 3,852 human pilots engage in glorious internet spaceship combat. 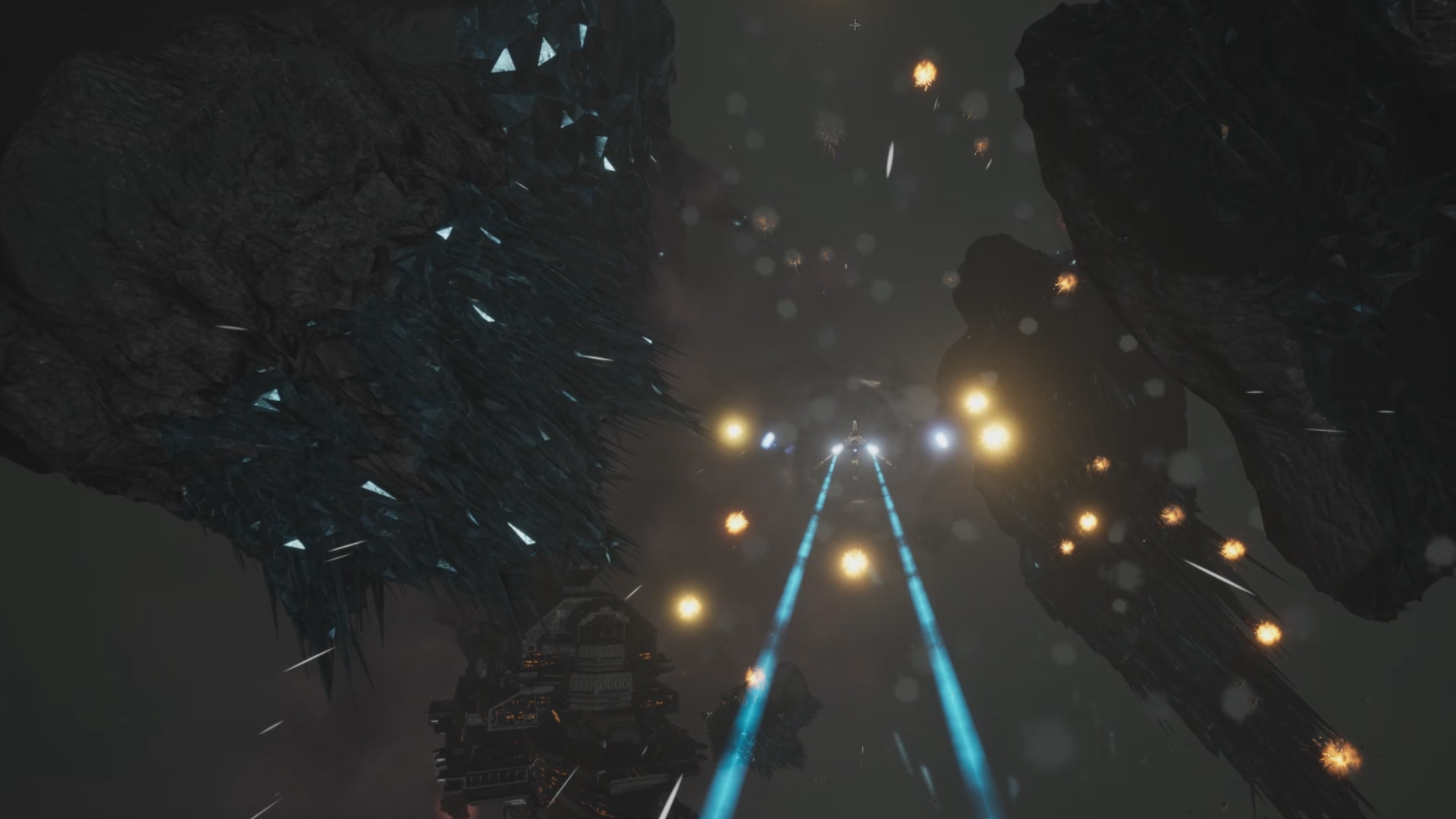 EVE Aether Wars is an ongoing research and development initiative to push the boundaries of large-scale, multiplayer experiences and explore the possibilities of Cloud Gaming.

EVE Aether Wars Phase III is available for players to download for free on Steam, with CCP Games and Hadean hoping to get 10,000 players into the tech demo simultaneously in order to break the world record.

The partners have announced that two prizes will be awarded. One prize will be given to the pilot who attains the most in-game currency (ZPC) during the event, and the other will be given to another lucky pilot who will be chosen at random.

The two winners will each receive two tickets to EVE Fanfest 2020 in Reykjavík, Iceland, including paid-for flights and hotels. In addition, the winners will get the opportunity to meet the EVE Online development team face-to-face at the event.

EVE Aether Wars is an ongoing research and development initiative to push the boundaries of large-scale, multiplayer experiences and explore the possibilities of Cloud Gaming. Earlier this year, CCP Games and Hadean unveiled the first EVE Aether Wars technology demo that ran live at GDC19 with 14,274 connected clients in a single-instanced, multi-region game world. At Gamescom 2019, they showcased a gameplay demo that a seven-person team at CCP Games built in just eight weeks, in which 4,369 players from 88 different countries participated.

“We are thrilled to have the continued support of CCP Games with EVE Aether Wars,” said Craig Beddis, Hadean’s CEO. “We wanted to show the world that our Aether Engine technology can perform flawlessly under unprecedented strain while enabling unique and exciting gameplay experiences that can only be delivered by our technology. We’ve done that, but we’re not finished. We have a world-class team of engineers at Hadean working with CCP on the creation of EVE Aether Wars and we can’t wait to demonstrate the next phase!”

“We are continuing to build on the success of our joint efforts with Hadean on EVE Aether Wars and push this technology even further,” said Hilmar V. Pétursson, CEO of CCP Games. “By using it to test the limits of the virtual worlds we want to create, we are opening up new possibilities for developers, the industry and ultimately the players themselves. We’re eager to showcase the next step in this exciting partnership and continue to push the boundaries of what can be achieved in large-scale multiplayer gaming.”

The record for 'most concurrent players simultaneously involved in a single multiplayer PvP videogame battle' is currently held by EVE Online players, when a total of 6,142 players took part in an enormous online battle - the Siege of 9-4 - on 23 January 2018. The world record attempt will be streamed live on CCP's Twitch channel from the popular EVE London event, itself the last stop on the epic and successful EVE Invasion World Tour.

Back in March the EVE community came together to help test something incredible as thousands of pilots (more than 3800 in fact!) formed up for the EVE: Aether Wars Tech Demo.

Or bloodthirsty pilots didn’t disappoint, and the result was the destruction of 88,988 ships during an engagement hosted live at GDC 2019 to test Aether Engine technology.A few weeks ago, we announced EVE Aether Wars: Phase Two during the EVE North Keynote as part of our continued partnership with Hadean.

As with the original, EVE Aether Wars: Phase Two will be powered by the Aether Engine, but this time we’re targeting 10,000 players in a single battle while also offering a richer, deeper gameplay experience that we hope will set a world record in large scale multiplayer simulation. 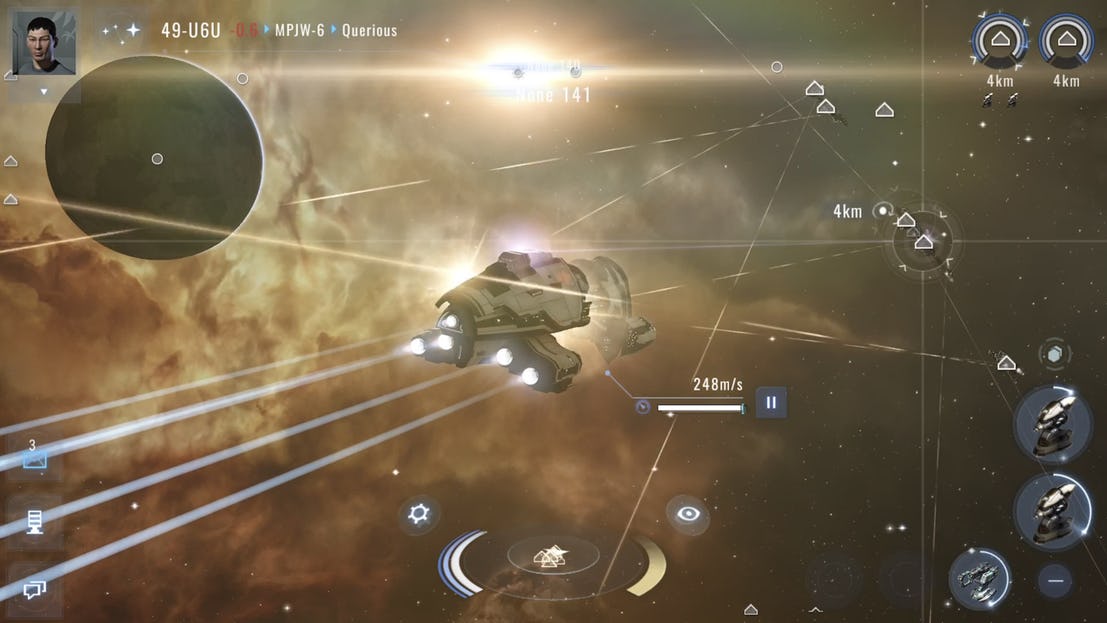 The first time around, the EVE Community was instrumental in making EVE: Aether Wars a success, and we hope that you’ll join us for phase two.

How Can I Take Part?

We’ll be hosting the Phase Two battle on Sunday, August 18th, 2019 at 13:00 EDT / 17:00 UTC. This is a date and time selected based on feedback from the EVE community following the original EVE: Aether Wars playtest, as we want as many pilots from New Eden as possible to take part.

Once you sign up, you’re on the list to take part and as we draw closer to the test, you’ll receive more information about Phase Two via email, including instructions and links for how to download and install the test client.

We’re super excited about kicking off Phase Two, and we hope you’ll join us on August 18th to be part of what may become the largest single player versus player fight in the history of gaming!