Sana Amin Sheikh (born 10 August 1989)[1] is an Indian actress and a radio jockey.[2] She is known for her work in Indian television shows.[3][4] She has done Lead Roles in TV serials like Gustakh Dil, Million Dollar Girl, Krishnadasi, Jeet jayenge hum, Mera Naam karegi Roshan and Perfect Pati. She also did supporting roles in films like Singham (2011), Table no 21 in 2013 and Bamfaad in 2019.

Sheikh is working as an RJ in Radio Mirchi 98.3 FM since August 2004. Whilst listening to Mirchi one day in class, she heard an RJ inviting listeners to audition to be a radio jockey. After a successful audition, she was immediately asked to join the station as an RJ. She used to host a show 'Khoobsurat, Sana ke saath then hosted 'TRP – Television Radio Par (3pm to 6pm on Sundays).[citation needed]And currently an RJ with Mirchi Love and Ishq Fm.

Sheikh began acting as a child artist and played the lead role of young Savi in Hasratein on Zee TV and played the character of Vaishali in the serial Junoon on DD channel in 1995. She emerged again in 2009 and gained fame for playing one of the leads Ritu Shah on the Disney Channel India Original Series, Kya Mast Hai Life. She then played lead the role of Suman as the lead actress in the television serial Jeet Jayenge Hum, which was aired on Sony Entertainment Television (India). Another drama series she took part in, once again being the lead actress, was Zee television's Mera Naam Karegi Roshan, as Reet. She has been a part of the famous Star Plus drama Mann Kee Awaaz Pratigya, performing the role of Ganga.She was seen playing a negative role in Colors' Sasural Simar Ka as Naina for a few episodes and then was seen as a lead girl again in life OK's Gustakh Dil.[citation needed] She made her Bollywood debut in Rohit Shetty's Singham. She also worked in Channel V's Million Dollar Girl as Avanti Bansal.[citation needed]She played lead role of Shuchi Sharma in Bhutu. She played role of Mitali Sharma in the serial Naamkaran.

Sana is from Mumbai. Her great-grandfather, Ashraf Khan, was an actor and a singer in Gujarati theatre, and played the narrator in filmmaker Mehboob Khan's film Roti. 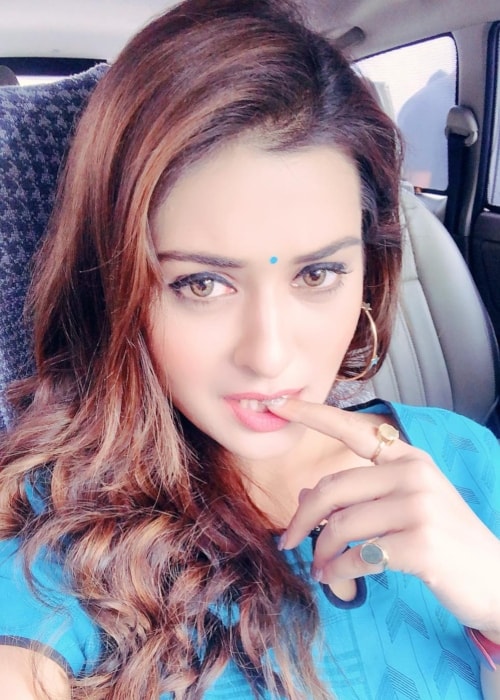 Are you excited to watch Gautam Rode in MahaKumbh?

Gautam Rode, the very own Saras of Saraswatichandra will be showcasing his brilliant acting skills, and…

Check to find if your show is covered in this Top Spoiler post. Also state the show you want to read about, in the…

What’s your reaction on Gustakh Dil’s ending this week?

Gustakh Dil started on Life Ok on 5 August 2013, and had a good run till now. The show is calling off tomorrow on…