Android Development Tools (ADT) is a plugin for the Eclipse IDEthat is designed to give you a powerful, integrated environment in whichto build Android applications.

ADT extends the capabilities of Eclipse to let you quickly set up new Androidprojects, create an application UI, add components based on the AndroidFramework API, debug your applications using the Android SDK tools, and evenexport signed (or unsigned) APKs in order to distribute your application.

Developing in Eclipse with ADT is highly recommended and is the fastest wayto get started. With the guided project setup it provides, as well as toolsintegration, custom XML editors, and debug ouput pane, ADT gives you anincredible boost in developing Android applications.

This document provides step-by-step instructions on how to download the ADTplugin and install it into your Eclipse development environment. Note thatbefore you can install or use ADT, you must have compatible versions of both theEclipse IDE and the Android SDK installed. For details, make sure to read Installing the ADT Plugin, below.

If you are already using ADT, this document also provides instructions onhow to update ADT to the latest version or how to uninstall it, if necessary.

The sections below provide notes about successive releases ofthe ADT Plugin, as denoted by revision number.

ADT 8.0.1 is designed for use with SDK Tools r8. If you haven'talready installed SDK Tools r8 into your SDK, use the Android SDK and AVD Manager to doso.

Also see the recent release notes for 8.0.0, below.

ADT 8.0.0 is designed for use with SDK Tools r8. If you haven'talready installed SDK Tools r8 into your SDK, use the Android SDK and AVD Manager to doso.

ADT 0.9.9 replaces ADT 0.9.8 and is designed for use with SDK Tools r7and later. ADT 0.9.9 includes the ADT 0.9.8 features as well as an importantbugfix, so we recommend that you upgrade as soon as possible. If you haven'talready installed SDK Tools r7 into your SDK, use the Android SDK Manager to doso.

The ADT Plugin now supports the use of library projects duringdevelopment, a capability that lets you store shared Android applicationcode and resources in a separate development project. You can then reference thelibrary project from other Android projects and, at build time, the toolscompile the shared code and resources as part of the dependent applications.More information about this feature is available in the Developingin Eclipse with ADT document.

If you are not developing in Eclipse, SDK Tools r6 provides the equivalent libraryproject support through the Ant build system.

ADT 0.9.6 is designed for use with SDK Tools r5 and later. Beforeupdating to ADT 0.9.6, we highly recommend that you use the Android SDK andAVD Manager to install SDK Tools r5 into your SDK.

ADT 0.9.5 requires features provided in SDK Tools r4 or higher. If you installADT 0.9.5, which is highly recommended, you should use the Android SDK and AVDManager to download the latest SDK Tools into your SDK. For more information,see Adding SDK Components. ADT 0.9.4 requires features provided in SDK Tools r3 or higher. If you installADT 0.9.4, which is highly recommended, you should use the Android SDK and AVDManager to download the latest SDK Tools into your SDK. For more information,see Adding SDK Components. 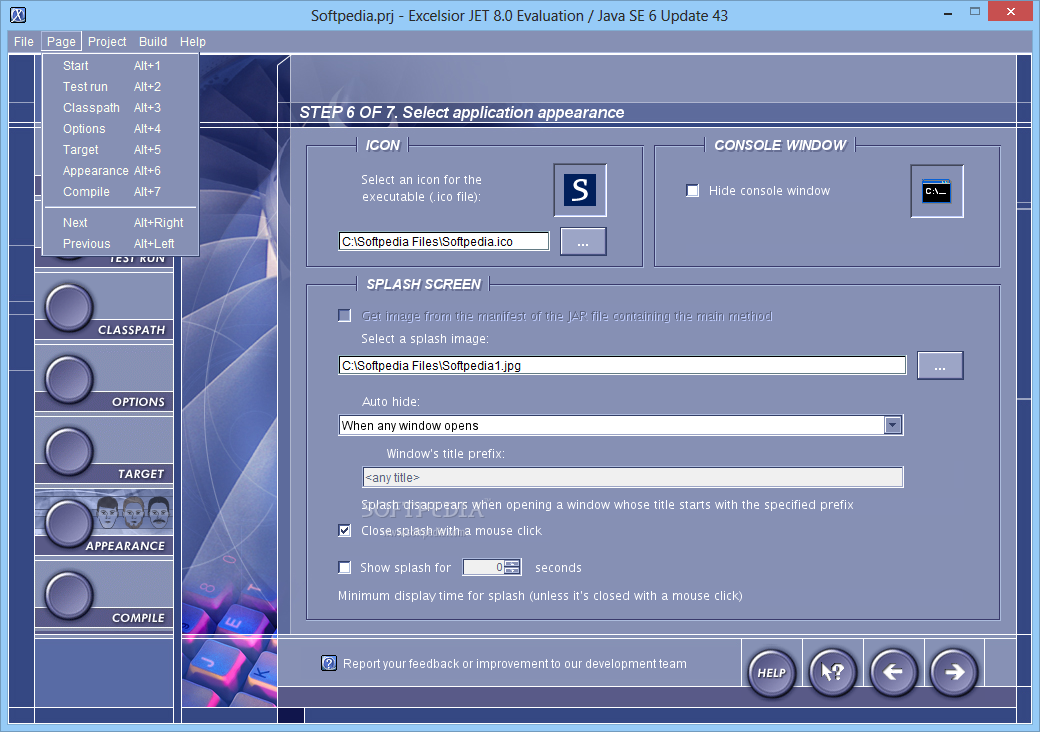 The sections below provide instructions on how to download and installADT into your Eclipse environment. If you encounter problems, see the Troubleshooting section.

ADT is a plugin for the Eclipse IDE. Before you can install or use ADT,you must have a compatible version of Eclipse installed on your developmentcomputer.

Additionally, before you can configure or use ADT, you must install theAndroid SDK starter package, as described in Downloading the SDK Starter Package.Specifically, you need to install a compatible version of the Android SDK Toolsand at least one development platform. To simplify ADT setup, we recommendinstalling the Android SDK prior to installing ADT.

When your Eclipse and Android SDK environments are ready, continue with theADT installation as described in the steps below.

Use Update Manager feature of your Eclipse installation to install the latestrevision of ADT on your development computer. 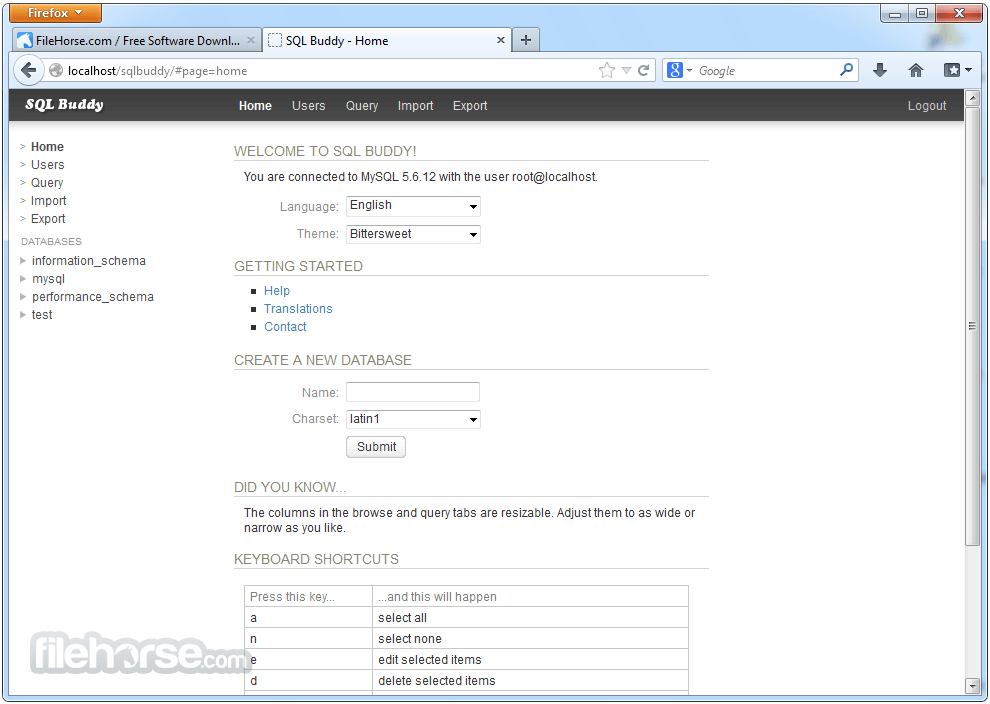 Assuming that you have a compatible version of the Eclipse IDE installed, asdescribed in Preparing for Installation, above, followthese steps to download the ADT plugin and install it in your Eclipseenvironment.

Once you've successfully downloaded ADT as described above, the next stepis to modify your ADT preferences in Eclipse to point to the Android SDK directory:

Done! If you haven't encountered any problems, then the installation iscomplete. If you're installing the Android SDK for the first time, return to Installing the SDK to complete your setup.

If you are having trouble downloading the ADT plugin after following thesteps above, here are some suggestions: 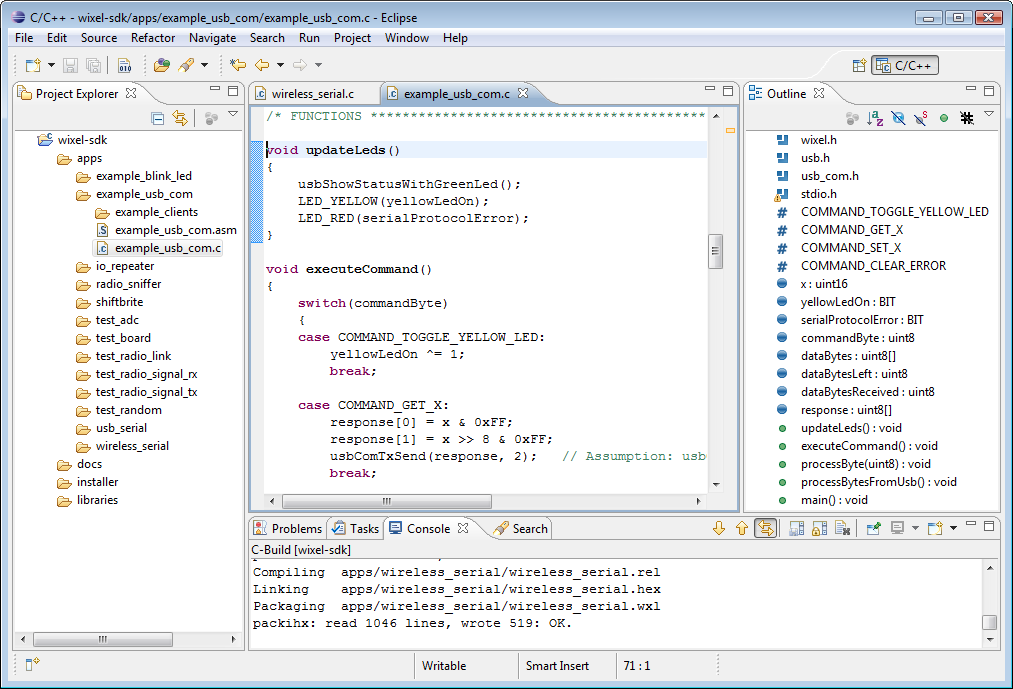 To update your plugin once you've installed using the zip file, you will haveto follow these steps again instead of the default update instructions.

Note that there are features of ADT that require some optionalEclipse components (for example, WST). If you encounter an error wheninstalling ADT, your Eclipse installion might not include these components.For information about how to quickly add the necessary components to yourEclipse installation, see the troubleshooting topicADTInstallation Error: 'requires plug-in org.eclipse.wst.sse.ui'.

If you encounter this error when installing the ADT Plugin for Eclipse:

...then your development machine lacks a suitable Java VM. Installing SunJava 6 will resolve this issue and you can then reinstall the ADTPlugin.

To learn about new features of each ADT revision and also any dependencies onthe SDK Tools, see the listings in the Revisionssection. To determine the version currently installed, open theEclipse Installed Software window using Help> Software Updates and refer to the version listed for'Android Development Tools'.

Follow the steps below to check whether an update is available and, if so,to install it.

If you encounter problems during the update, remove the existing ADT plugin from Eclipse, thenperform a fresh installation, using the instructions for Installing the ADTPlugin.