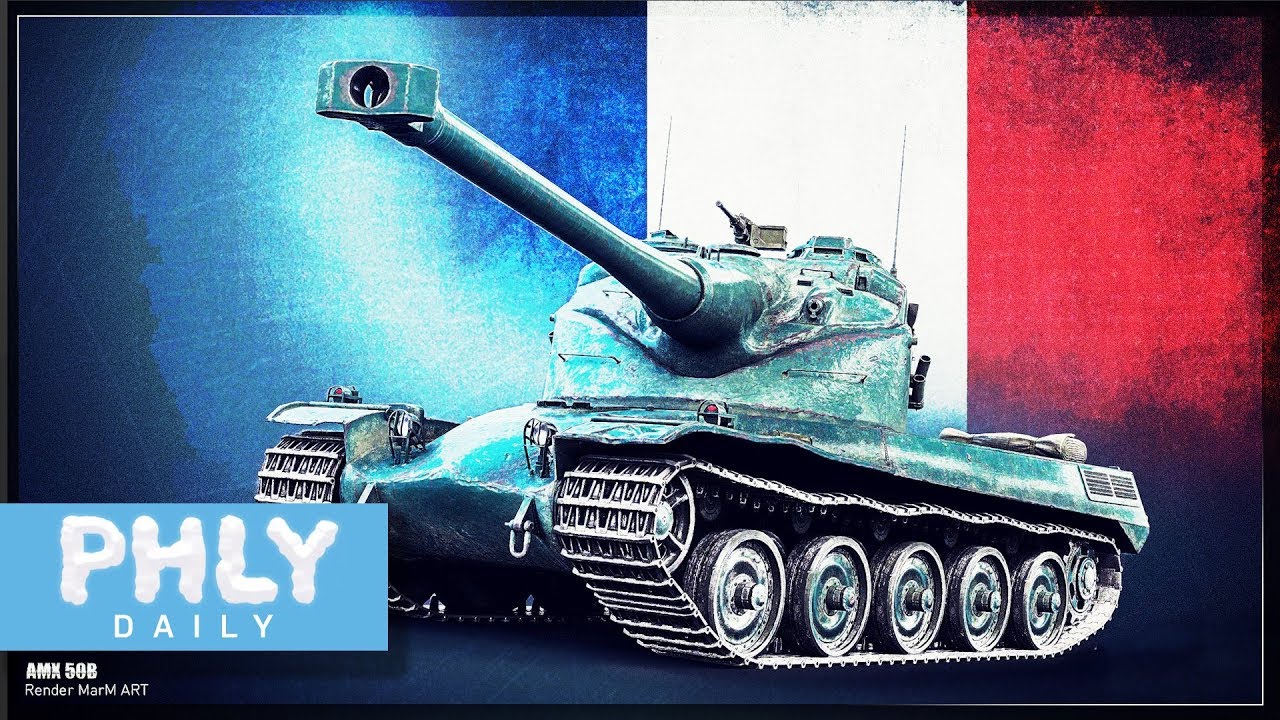 The AMX 50 (official designation) or AMX-50 was a French heavy tank designed in the immediate post Second World War period. It was proposed as, in succession, the French medium, heavy, and main battle tank and incorporated many advanced features.

A heavy, powerful tank with an 18-round automatic loader and a 120-mm cannon, the AMX-50 Surblindé is the main prize of the upcoming World War season 'Recon under Fire'.

Now here’s some history on this vehicle:

Development of the French AMX-50 series tanks is a desperate attempt to find a compromise between the weight of the tank, the height of the chassis, the size of the turret and the combat potential of the gun with an automatic loader. The closest thing to such a compromise was already known to our players in the AMX 50 Surbaissé. But our hero today is a clear departure from the idea of reducing the weight and height of the tank in the direction of increasing its armour and firepower. AMX-50 Surblindé means 'additionally armored' - the tank has a developed protection at the front of the hull, the so-called 'pike nose', as in the Soviet IS-3. Tracks from the 'King Tiger' have been further expanded to 900 mm to withstand the heaviest mass in the series - 70 tons. The high chassis is complemented by a giant swinging turret with a long 120 mm cannon and an automatic loader for 18 shells. The tank reaches a height of 3.5 metres from the ground to the roof of the commander's cupola. As it is easy to guess, by the middle of the 1950s such a monster had no chance to get into series production - the tank remained the only prototype.

The AMX-50 Surblindé will be the prize in the first season of World War - WarThunder will give this tank to the best fighters from squadrons and the most skillful fighters in the overall leaderboard. The tank inspires respect for one kind or tank or another - with 'size' almost like the 'Mouse' or we see the Soviet 'pike nose' or with the familiar tracks of a 'King Tiger. Indeed, the tank had received an increased armour at the front of the hull as well as a more massive gun mantlet. Despite the increased weight, the power of the German 'Maybach' engine is still enough for this giant to move at a speed of 51 km/h.

In addition to its enhanced protection, the tank is heavily armed with an accurate 120 mm cannon, just like the AMX-50 Foch, and the oscillating turret is equipped with an 18-round drum-type automatic loader, which provides a fire rate of up to 5-6 shots per minute. The tank's turret has only two types of shells armor-piercing shots and HE with a penetration of up to 45 mm. On the one hand, we would like to see more variety, but on the other hand, the AP shots provides a penetration of up to 300 mm, and the high initial velocity in some cases leads to the destruction of the hull on the enemy vehicle.

Make sure you try to pick this giant up today